Today’s world is media driven. People are bombarded with visual simulations everywhere. Switch on the TV; view a movie: browse the Internet: scan billboards and information outlets at the malls or railway stations.

Video & Film making is both an artistic and technical process. In this process video material (footage) is collected, compiled and changed from its original form to create a new version. The artistic process consists of choosing which parts to keep, delete, or combine from various sources. This ensures that the parts are organized, logical, and visually pleasing. The technical process consists of copying the various parts onto a single video tape (or CD Rom or other media) for final viewing or distribution.

Shooting the film & video is fun and easy. With today’s technology, you can make compelling videos and films the production process refers to the stages (phases) required to complete a media product, from the idea to the final master copy. With the help of this process anyone can do media production including film, video, television and audio recording.

Making a film takes time for preparation and also involves hundreds of people, but all films start with a moment of inspiration. A great thing comes from a dream and all our dreams can come true, only if we have the courage to pursue them.

We sleep in night and saw a beautiful dream. In that dream what we saw is the key of film making. Whatever you see in your dream it’s called pre visualization if you want to create it you can do it with the help of tools & technique. In film making the first step is pre visualization if you have a good storey then when you close your eyes you must show your store in your eyes & mind.

If you want to learn & know how to do all things you can join India’s best film college AAFT in this  you learn the different types of video Production & film production techniques and the different stages of video making and film making process. AAFT gives you an idea to work on your dreams, start from scratch and build it. So come and join world best film school AAFT. 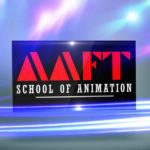